Al Di Meola - All Your Life: A Tribute to the Beatles

Di Meola's new album, All Your Life, finds the guitarist lending his intricate cross-picking and flamenco flourishes to 14 Lennon/McCartney compositions, all in a stripped-down, acoustic setting. Highlights on All Your Life include “I Will,” “I Am the Walrus,” “Michelle,” “Eleanor Rigby” and a mesmerizing version of “Because.”

The all-instrumental album was recorded with a range of guitars, including a 1948 Martin D-18, a Gibson J-200, a Taylor and a pair of Ovations, though the primary “voice” is provided by Di Meola’s Spanish-made signature Conde Hermanos nylon-string guitar. Di Meola says that melody was a factor in his choice of songs—but it wasn't everything.

“I think all Beatles songs have strong melodies, but that wasn't enough,” the guitarist says. “I wanted to do my signature thing, which is where I syncopate the arpeggiated chords. If I didn't have enough harmony to do that with, it wouldn't work. ‘Come Together’ wouldn't work because it's basically one chord. But with ‘Blackbird,’ there's a lot of space for me to do my thing. “

A lot of jazz guys have done their own covers, but there's usually so much re-harmonizing and altering of the melody that you’d never know it's a Beatles tune. I didn’t want to do that. My intent was to bring in the sophistication through rhythm as opposed to altering of harmony, which would take the prettiness away. I wanted to preserve the beauty of these tunes.” Quin Kirchner - The Shadows and The Light / 2CD se Tuck & Patti - Learning How to Fly 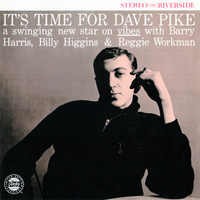