Like It on Top - Ana Popovic - Ana Popovic, the blues and rock guitarist and singer who is one of the world's most respected players, has releasead 'Like It On Top, ' a concept album in which she explores ten different aspects of women's empowerment on ten new songs.

Just off a series of major European festivals, Popovic is on the road for a 35-date US tour (see dates below). - Recorded in Nashville, Tenn., and produced by four-time Grammy winner Keb' Mo', the blues influenced album features guest appearances from Kenny Wayne Shepherd, Robben Ford and Keb' Mo, ' and will be released worldwide Sept. 14, 2018. - "Being on top" is about achieving your own potential. Succeeding in juggling work, family, social life, expectations of the others, of the society, while pushing limits. Renewing yourself and inspiring others." 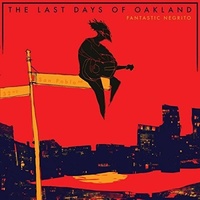