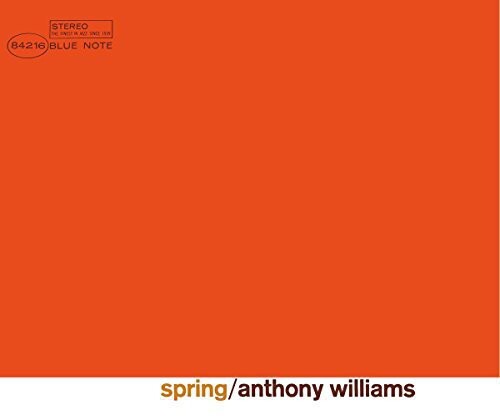 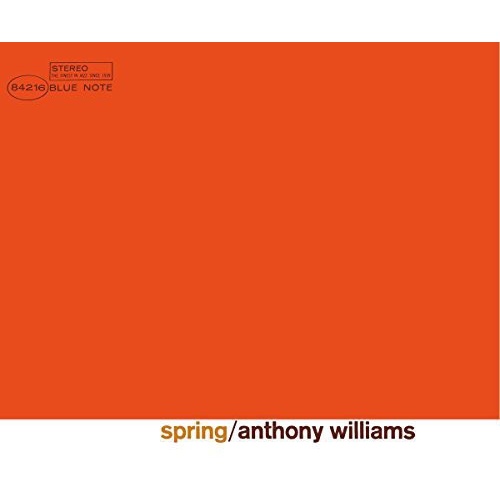 After William’s Lifetime, Spring is his second Blue Note as leader. Williams is the perfect host, serving up probably one of  Sam River’s best albums, as well as one of Hancock’s best and a great Gary Peacock record. There is a solo Williams track too, for those who like their percussion neat.

It feels very 1965. Jazz is freeing up nicely, with new players charting course for new lands, much looser in structure and direction. The musical purpose is expressive rather than narrative; the beat offers continuous propulsion in place of formal time signature. The “rhythm section” steps forward as an equal to the front line, everyone is a soloist, instruments freed from their traditional roles, Hancock’s piano is percussive, the bass no longer walks but adds texture and shades of colour.

Interesting decision by Williams to run with two tenor saxophone players, Shorter and Rivers, both leading lights of the post-bop scene.This often gives rise to a little friendly competition for pole position. Seems to me a beneficial decision, as I think Shorter is pushed to up his game.

The music was progressing towards its destiny, the inevitable  rendezvous between modern jazz and modern art. At which point the audiences rebelled. “No no, I didn’t ask for “art”, I want music  to dance to, to romance to, to do housework to, for the kids to rebel to. You seem to know a lot about music, so tell me, which Beatle do you think is the cutest?”

Reid Miles cover design in the manner of a Mark Rothko colour field –  manifesto : We favor the simple expression of the complex thought. We are for the large shape because it has the impact of the unequivocal. We wish to reassert the picture plane. We are for flat forms because they destroy illusion and reveal truth. Yeah, that’s exactly what I thought. However Francis Wolff gets the back cover for one of his signature portraits, conveniently eliminating the need for liner notes.