It's impossible to exaggerate the stature, brilliance, and splendor of Bill Evans' Portrait in Jazz. The result of Evans having collaborated just eight months prior with Miles Davis, John Coltrane, and company on the watershed Kind of Blue and soon after finding a bassist (Scott LaFaro) who suited his style and boasted world-class chops, the 1960 album established the standard that all similarly configured jazz trios continue to follow. This is the moment the bass, until then relegated to accompaniment status, gets an equal say in the compositions with the piano. That Evans, LaFaro, and drummer Paul Motian deliver each passage with resplendent soulfulness, poetic modality, and sublime empathy only adds to its charm. Not to mention Orrin Keepnews' demonstration-quality production that now sounds utterly transcendent.

Mastered from the original master tapes, pressed at RTI on MoFi SuperVinyl, and strictly limited to 6,000 numbered copies, Mobile Fidelity's opulent UD1S (UltraDisc One-Step) box set provides sonic and tactile experiences that match the quality of the music within Evans' studio breakthrough. You'll enjoy deep-black backgrounds, pointillistic details, and staggering dynamics. Experienced via UD1S, Portrait in Jazz places Evans and his esteemed colleagues in your listening room. Every note, harmonic, and movement captured by the microphones are reproduced with exquisite accuracy and wowing clarity. Close your eyes at you're practically at Reeves Sound Studios in New York City in late December 1959.

The lavish packaging and luxurious presentation of Mobile Fidelity's Portrait in Jazz UD1S pressing befit its extremely select status. Housed in a deluxe box, the collectible version contains special foil-stamped jackets and faithful-to-the-original graphics that illuminate the splendor of the recording. Aurally and visually, it exists a curatorial artifact meant to be preserved, poured over, touched, and examined. It is made for discerning listeners that prize sound quality and creativity, and who desire to fully immerse themselves in the art – and everything involved with the album, from the images to the textures and liner notes.

Pored over by generations of listeners and musicians alike to grasp the group's then-revolutionary approach, high-wire interplay, and seamless chemistry, Portrait in Jazz retains a blend of timeless classicism and forward-looking modernism that makes it as revered now as it was nearly six decades ago. The three instrumentalists operate in complete unison and achieve supreme democratic balance. Expressing their intent via shared conversations, they alight on sublime pieces flush with thematic discovery, swing-based dialogue, and raw feeling.

The first of two studio albums by the Bill Evans-Scott LaFaro-Paul Motian trio (both of which preceded their famous engagement at the Village Vanguard), this Portrait in Jazz reissue contains some wondrous interplay, particularly between pianist Evans and bassist LaFaro, on the two versions of "Autumn Leaves."

Other than introducing Evans' "Peri's Scope," the music is comprised of standards, but the influential interpretations were far from routine or predictable at the time. LaFaro and Motian were nearly equal partners with the pianist in the ensembles and their versions of such tunes as "Come Rain or Come Shine," "When I Fall in Love," and "Someday My Prince Will Come" (which preceded Miles Davis' famous recording by a couple years) are full of subtle and surprising creativity. A gem. 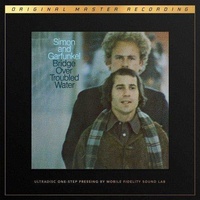 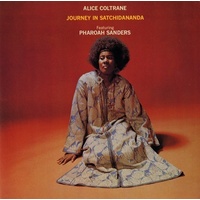 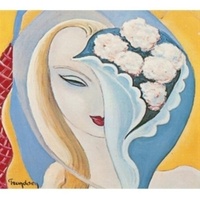