2013 reissue Both artistically and commercially, Boz Scaggs had his greatest success with Silk Degrees. The laid-back singer hit the R&B charts in a big way with the addictive, sly "Lowdown" (which has been sampled by more than a few rappers and remains a favorite among baby-boomer soul fans) and expressed his love of smooth soul music almost as well on the appealing "What Can I Say." But Scaggs was essentially a pop/rocker, and in that area he has a considerable amount of fun on "Lido Shuffle" (another major hit single), "What Do You Want the Girl to Do," and "Jump Street." Meanwhile, "We're All Alone" and "Harbor Lights" became staples on adult contemporary radio. 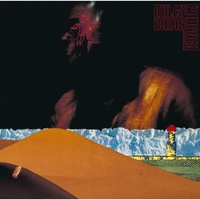