Cannonball Adderley Quintet - Music, You All

Drawn from the same 1970 Troubadour performances that yielded the album Black Messiah (also issued by Real Gone Music), and featuring the same line-up (the two Adderley brothers, Cannon and Nat; keyboardist George Duke; bassist Walter Booker; drummer Roy McCurdy, and special guests guitarist Mike Deasy, percussionist Airto Moreira and saxman Ernie Watts), Music, You All displayed the same uncompromisingly eclectic rock/soul/jazz fusion as did it's companion release. But on Music, You All, Cannonball's warmly iconoclastic stage personality really comes to the fore... witness the two tracks simply entitled "Cannon Raps!" And George Duke fans will flip over this album; check his solo on "Capricorn" for starters. One of those live albums that REALLY makes you wish you were there! 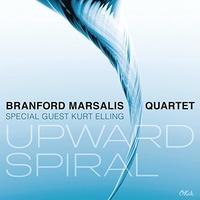 Benny Green - Then and Now