Around the time that she was participating in Dave Brubeck's Real Ambassadors, singer Carmen McRae appeared at Basin Street East with the backing of Brubeck's trio (no Paul Desmond on this set). The resulting live album finds McRae mostly interpreting the lyrics of Iola Brubeck; all dozen songs except Desmond's "Take Five" are Dave Brubeck originals. This interesting set finds McRae's voice in prime form, and her vocal versions of such songs as "In Your Own Sweet Way," "Ode to a Cowboy," "It's a Raggy Waltz" And "Travellin' Blues" are definitive. 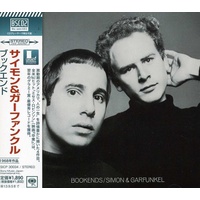