The undeniably erratic early career of Chet Baker involved roller-coaster extremes and musical paradoxes. In the Fifties, his sound and approach were often compared to Miles Davis, although his greatest successes came in a West Coast setting, began in Gerry Mulligan’s cool, piano-less quartet, and often emphasized ballads and soft-toned vocals. But this album shows Baker in a unique direct assault in Davis territory: recorded in New York; including a couple of tunes associated with Miles; and above all with a driving East Coast supporting cast made up of tough-tenor Johnny Griffin, bebop veteran Al Haig, and frequent Davis colleagues Paul Chambers and Philly Joe Jones. 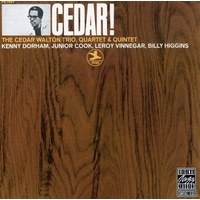