Live albums are dangerous things. While the good ones capture the raw excitement of a show, all too often they expose a band's weaknesses, the ones that get covered in the studio -- a singer who's not so good and instrumentalists who really can't cut it. But Colosseum, by the time they made their live album (the CD version comes with an extra track, "I Can't Live Without You," that wasn't on the original vinyl), were a seasoned outfit with some top-notch performers.

In veteran Chris Farlowe they had a blues belter who could also turn his hand to jazz. Dave "Clem" Clempson was a rock guitarist first and foremost, but not limited to that, and bassist Mark Clarke was exactly the elastic foil drummer Jon Hiseman needed in the rhythm section. And they make the most of their abilities here, giving everything extended workouts, from Jack Bruce's "Rope Ladder to the Moon" to a seemingly off-the-cuff (though probably carefully rehearsed) "Stormy Monday Blues."

Of course, like any faithful live album, it has its flat moments, notably the guitar and vocal solos in "Skellington," which were probably fun to the live audience, but seem interminable and unnecessary on record. Apart from that, this is an album with plenty of delights -- the way the band arranges songs, with interesting duets in the fills, and the way the solos flow from one instrument to another -- with Dick Heckstall-Smith's harmonizing saxes on "Tanglewood '63" being the biggest standout.

But Clempson shows incredible chops throughout, upfront in his spotlight exposures without being over the top (usually). With good material, some towering performances, and a powerful atmosphere, this is everything you could hope for from a live album. It makes you wish you could be there, while offering the next best thing -- not a bad deal, all in all. 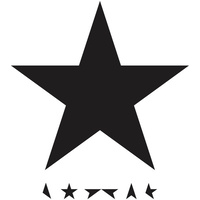