Counting Crows - August And Everything After - Hybrid SACD

Counting Crows' 1993 debut album released for the first time as an SACD in the U.S.!

Counting Crows put in the gigging hours during the early days of the band, and it paid off. By the time they signed to Geffen in 1993, they had already built up a significant fanbase. Their debut, August and Everything After, produced by T-Bone Burnett, was released later the same year and became an unexpected multi-platinum hit, partly as a result of the successful single "Mr. Jones."

This is the first time that the 'Crows multi-platinum smash has been released in the U.S. as an SACD. 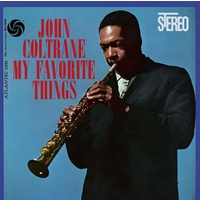