Cowboy Junkies recorded this spectacular album as a "live" event at the Church of the Holy Trinity in Toronto. It was recorded with a digital R-Dat and using only a Calrec Ambisonic Microphone. What this means is the record sounds like the band was playing right in front of you with the perfect ambiance.

Featuring the sultry voice of Margo Timmins, the precise musicianship of her brothers Peter (on drums) and Michael (on guitar), and bassist Alan Anton, The Trinity Session is a spare, evocative, countrified-rock classic. Their inspired reworking of both "Blue Moon" and "Working On A Building" reveal the Timmins family to be talented interpreters and insightful neo-traditionalists. Mixing the ambitious songwriting of Margo and Michael Timmins with subdued covers of Lou Reed's "Sweet Jane" and Hank Williams' "I'm So Lonesome I Could Cry," The Trinity Session is an exquisite collection that holds up quite well under repeated listenings.

Not there for the November 27, 1987 live event? This Hybrid SACD will make you want to close your eyes and imagine yourself being right there in the pews while they play.

"The main appeal of The Trinity Session, the Cowboy Junkies' second album, remains its lo-fi sound. The ambient buzz of Toronto's Church of the Holy Trinity, where the Junkies recorded the album around one microphone, colors every song, reinforcing the live setting and generating vinyl intimacy even on CD. It's as if the church itself was an instrument, one that Junkies could play pretty well. It allows Margo Timmins' voice to fill your field of vision, simultaneously soothing and unsettling, while her brother Michael's guitar rumbles through the songs, a little louder and sharper than anticipated." — Pitchfork 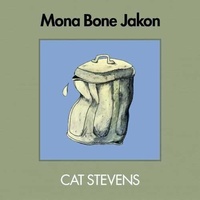