A busy bassist on the Los Angeles jazz scene, Curtis Counce performed with many of the greats: Stan Kenton, Gerald Wilson, Jack Sheldon, Harold Land, Al Perkins, and Frank Butler, and could be heard on recordings with Maynard Ferguson, Art Pepper, and Chet Baker, displaying his fine technique and admirable sense of time.

On one of his few albums as a leader, Counce is presented in the kind of buoyant company that was not often associated with the phrase "West Coast Jazz". The album features two originals, "Consultation" and "Complete" as well as a handful of standards. With Jack Sheldon, Harold Land, Carl Perkins and Frank Butler. Col Nolan & the Soul Syndicate - Whatever It's Wor 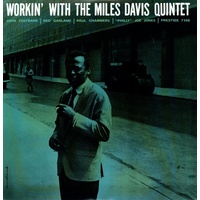