Daniel Lanois - For the Beauty of Wynona / 180 gram vinyl LP

Superproducer Daniel Lanois took a rare turn on center stage as a performer on his second solo release, For the Beauty of Wynona. Released in 1993, the album follows his earlier release, Acadie. Unlike that album, which had some superstar appearances, For the Beauty of Wynona is a more low-key affair and has a more subtle impact. Lanois has a limited range as a vocalist, but he possesses a warmth that draws in the listener. Producing himself, Lanois also is an accomplished guitarist, although his protégé, Malcolm Burn, also adds some guitar as well as keyboards.

The music is often moody and watercolored, but there are some more upbeat moments like the jaunty melody of "Sleeping in the Devil's Bed," which has a country feel, and the single "Lotta Love to Give," which is wispy but anchored by twang guitar and has a catchy chorus and serrated guitar solo. For the Beauty of Wynona is not an immediately striking album but rather one that slowly grows on the listener. It also proves that Lanois has something to say on his own. 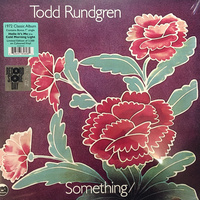