Includes the monster hit "Take FiveThe piece is famous for its distinctive, catchy saxophone melody, as well as its use of unusual 5/4 time — so distinctive, it's a rare jazz track that became a pop hit.

Time Out was an experiment by the Quartet in odd rhythms, and some of the other melodies have had a surprising and diverse history. "Three To Get Ready" was a hit in France as "Jazz et Java" sung by Claude Nougaro, who also had a hit with "A Bout de Scouffle" (Brubeck's "Blue Rondo A La Turk"). Also, "Kathy's Waltz" (named after Brubeck's daughter but spelled with a "K" instead of "C" as is his daughter's name) has been recorded and performed by symphony orchestras.

The record label's sales executives didn't want a painting on the cover when Time Out debuted in 1959 on Columbia Records, Brubeck told an interviewer.  An entire album of originals? That wouldn't work either, he was told. Some standards and some show tunes were needed in the mix. Fortunately, Brubeck ignored the conventional wisdom and Time Out became the original classic we know it as today. Brubeck became proof that creative jazz and popular success can go together. 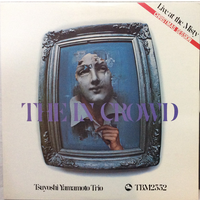