The reputation of tenor saxophonist Dexter Gordon was destined to be overshadowed by John Coltrane and Sonny Rollins, not to mention the three titans of the previous era-Ben Webster, Lester Young and Coleman Hawkins. This wouldn't matter so much if Gordon wasn't a musician of the first rank himself. Indeed, Coltrane initially derived much of his hard, piercing sound from the older bop player. Part of the problem is that there isn't one key Dexter Gordon album that crystallizes his achievement, not like Rollin's Saxophone Colossus or Coltrane's Giant Steps or A Love Supreme.

Ballads partially fills this gap and is an excellent introduction to Gordon's tenor artistry. Compiled from a number of mostly '60s Blue Note sessions, these familiar standards, including Billie's "Don't Explain" and Sinatra's "I'm A Fool To Want You," are given long and bracing workouts in the modern tenor style. Underrated Gordon might have been, but he was never outdated. The grand finale is an electrifying 16-minute "Body And Soul," recorded live in 1978, which includes a nearly 4-minute unaccompanied cadenza. 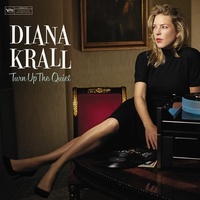