Elizabeth "Libba" Cotten (1896-1987) wrote her well-known song "Freight Train" at the age of 11 and sang it for nearly 80 years. Through her songwriting, her quietly commanding personality, and her unique left-handed guitar and banjo styles, she has inspired and influenced generations of younger artists. Cotten was declared a National Heritage Fellow by the National Endowment for the Arts in 1984, and was recognized by the Smithsonian Institution as a "living treasure." She received a Grammy Award in 1985 when she was 90. These essential 1965-66 recordings include ten previously unreleased tracks. 26 tracks. 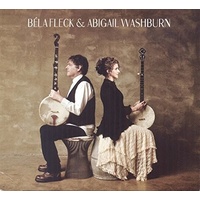