King Creole is Elvis Presley's sixth album and his fourth film, released in 1958. It was the last movie Elvis made before entering the army and features him in a serious dramatic role, rather than the light romantic comedies he would soon become known for in the early 1960's. The album includes songs written and recorded expressly for the film and followed the film release by more than 10 weeks. The album peaked at No. 2 on the Billboard Top Pop Albums chart.

The 11 songs include a hot title track by Jerry Leiber and Mike Stoller that was a dazzling showcase for Elvis' intense, exciting lead vocal. Leiber and Stoller had two other songs in the film including "Trouble," arguably the film's most memorable song. Years later Presley returned to this song for his tremendously successful television comeback special. 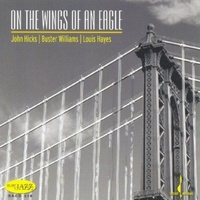