On her third Nonesuch release, Emmylou Harris assembles an extraordinary cast of veteran musicians and fellow singers, all of them longtime friends, for a set that indeed showcases this Nashville icon, and 2008 CMA Hall of Fame inductee, as all she has intended to be a singularly expressive vocalist, a brilliant interpreter of other people's songs, a graceful and confident songwriter.

In particular, the album displays Harris's ability to bring new life to songs that may have been overlooked, forgotten or lost along the way. Some of the most affecting material here may be the least well-known though not for long: John Wesley Routh's celtic/country Shores of White Sands and trucker-poet Michael Germino's heartrending story-song, Broken Man's Lament. Harris has chosen these songs with conceptual care. 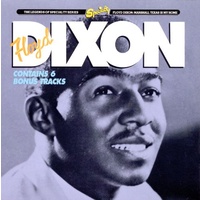