Reissued by Blue Note Japan Carryin' On was Grant Green's first album for Blue Note since 1965, an absence of four years during which he recorded just two albums for other labels. Green's return was accompanied by a seismic shift in direction -- Carryin' On was an album of commercially accessible jazz-funk with a heavy R&B influence, plus miles and miles of Fender Rhodes electric piano.

It would typify Green's approach over the next few years, which later made him a hero among acid-jazz aficionados, even though it was the last thing purists wanted to hear from him. Those audiences will certainly be split over Carryin' On, whose entire first half is devoted to R&B covers -- the Meters' "Ease Back"; Little Anthony & the Imperials' doo wop standard "Hurt So Bad"; and a tense, barely recognizable version of James Brown's "I Don't Want Nobody to Give Me Nothing."

The hottest soloing comes on Green's original "Upshot," and closer "Cease the Bombing" -- though it has no lyrics -- has all the hallmarks of a starry-eyed save-the-world anthem, yet was later covered by Pucho & the Latin Soul Brothers. The presence of Brown-inspired funky drummer Idris Muhammad virtually guarantees a load of sample-ready breakbeats, and Green and the rest of the mostly anonymous sextet work a simmering groove over his propulsive rhythms. Green's playing features more chordal work than usual, but gets very bluesy when he does grab the spotlight. While it won't win over fans of Green's older work, Carryin' On is a solid addition to any acid-jazz/funk/rare-groove library, as are most of Green's albums from this period. 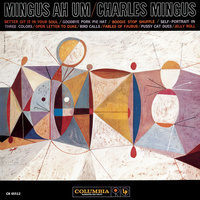 Grant Green - Live At The Lighthouse