Green Street, recorded on April 1, 1961, was Grant Green's second Blue Note album as a leader and remains one of the finest albums of his prolific Blue Note output. Supported by just Ben Tucker's bass and Dave Bailey's drums, the guitarist seems inspired by the absence of any other chordal instrument. His harmonic and interpretive imagination is in high gear on this unique masterpiece in his discography. 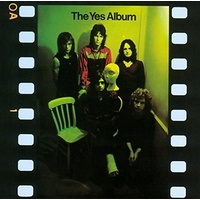