This beautiful friendship between Australian jazz great James Morrison and US jazz great Jeff Clayton began when they both joined the Philip Morris Superband in 1989. The following year, the band toured the world with Ray Charles and B.B. King and was how their friendship had formed – on the road, touring and performing.

While on one of Jeff Clayton’s many visits to Australia, James and Jeff decided to document this long relationship by recording the album – aptly titled ‘Beautiful Friendship’.

The album kicks off swinging with the Donald Kahn great American songbook standard ‘Beautiful Friendship’ – written in 1956, followed by a very clever arrangement of Duke Ellington’s ‘Don’t Get Around Much Anymore’ which displays Jeff’s dexterity and gorgeous, unique tone on the alto. The album continues on with a mixture of originals and arrangements, including the track ‘J & J Shuffle’, which was co-composed by James & Jeff during the recording session for this album.

With the respect and friendship shared by James and Jeff for so many years, this is a very appropriate and overdue album release to confirm this beautiful friendship. 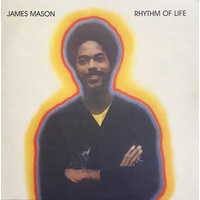