Johnny Hammond could not help but change as jazz changed around him. The instrument that gave him his professional surname (he originally recorded as Johnny "Hammond" Smith) fell out of favor as more compact and portable keyboards gained favor over the Hammond B-3 organ; at the same time, brothers Larry and Fonce Mizell hit upon a new approach to pop jazz recording that introduced flexible soloists to a far broader audience.

Hammond responded to these developments by making electric piano and synthesizer a prominent part of his presentation, and recruiting the Mizells to craft this brisk and eminently sampleable session. In addition to the new sounds the leader serves up, the contribution of such heavyweight soloists as Hadley Caliman, Julian Priester, and Michael White are highlights. Diana Krall - This Dream Of You 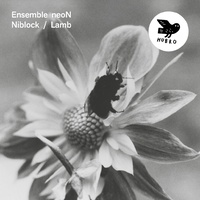