Harlem River Blues is the brand new album from the charismatic, enigmatic, prolific Justin Townes Earle and his third album in under three years.

Woody Guthrie once said, "Any fool can make something complicated. It takes a genius to make it simple." on Harlem River Blues, Justin has chosen the simple route. The record's not a wall of sound produced to the rafters. It's rockin' and reelin' at times, sweet and slow at others-and it's great. Like good fried chicken, a well-cut suit and a handmade guitar, there's heaven to be found in the beautifully crafted simpler things.

Harlem River Blues straddles not only the Mason-Dixon line, but time itself. As versed in Mance Lipscomb as he is in M. Ward and sporting Marc Jacobs suspenders, Justin Townes Earle is a man beyond eras. With Harlem River Blues, a record that's perfect for summer nights on either the front porch or the fire escape, Justin's found yet another way to be a timeless original. 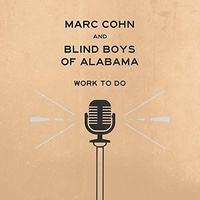