Kandace Springs - The Women Who Raised Me - 2 x Vinyl LPs

From the first second of Kandace Springs‘ new album — as those warm, hand-plucked bass notes fill the air — you know you’ve arrived at something different. And once she starts singing, well, it’s pretty clear The Women Who Raised Me exists apart from the normal rules that govern space, time, and talent. While 2018’s Indigo LP found the Nashville singer-pianist using modern production to bend sound into new genre forms in collaboration with Karriem Riggins, this set adheres sonically to jazz while Springs travels back and forth across a near-century of music. While the feel is as rich and complex as our host’s voice, the concept is simple. Springs covers the women who inspired her while she was growing up, putting her own spin on songs associated with a dozen of the greatest female vocalists of all-time: Ella Fitzgerald, Roberta Flack, Astrud Gilberto, Lauryn Hill, Billie Holiday, Norah Jones, Diana Krall, Carmen McRae, Bonnie Raitt, Sade, Nina Simone, and Dusty Springfield.

“This is an album I’ve been wanting to make forever,” says Springs. “It really expresses my love for all of these singers and gratitude for what they gave me. Each taught me something different and all of those lessons combined to make me who I am now. In a way, all I’m trying to do every day is live up to the examples they set. My dream is that people will listen to my album and then want to go learn more about all of these great women. If that happens, then I’ve done my job.”

Of course, you’ll want to spend some quality time with The Women Who Raised Me first. While the project was personal — practically a calling — for Springs, it’s also an intimate showcase for her abilities. Produced by Larry Klein — who also produced Springs’ 2016 album Soul Eyes — the album captures Springs in the studio with a spare but able band who all have ties to the artists honored here: guitarist Steve Cardenas (Norah Jones), bassist Scott Colley (Carmen McRae), and drummer Clarence Penn (Diana Krall). They played live, underscoring the power of Springs’ voice and hands, as well as her gift for moving between singers’ intonations and legacies while staying herself — as her heroines would want it. Heroes too. “Prince liked when I played all this stuff,” Springs recalls. “He’d go, ‘That’s you right there.” 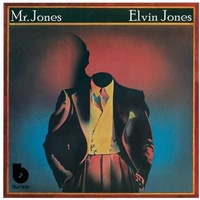