After nearly 15 years as Nigeria's biggest musical draw and juju music's reigning monarch, King Sunny Ade went global in 1982 with a brief but fertile stint on the Mango label. The three albums that resulted -- Juju Music, Synchro System, and Aura -- gave Ade unprecedented exposure on the Western market and introduced a slew of music lovers to the sounds of Afro-pop.

Juju Music was the first of Ade's Mango titles and remains the best of the lot. Over the course of seven extended cuts, King Sunny Ade & His African Beats lay down their trademark mix of talking drum-driven grooves, multi-guitar weaves, lilting vocal harmonies, and pedal steel accents; for this major-label debut, the band also chucks in some tasteful synthesizer bits and a few reggae-dub flourishes. Besides classic juju pop like "Ja Funmi" and "Ma Jaiye Oni," Ade and his 20-piece entourage serve up percussion breakdowns like "Sunny Ti de Ariya" and a heady blend of soul, dub, and synth noodlings on "365 Is My Number/The Message."

Throughout, Ade deftly inserts Hawaiian slide guitar licks and Spanish-tinged lines reminiscent of Hendrix' "All Along the Watchtower." Juju Music should not only be the first-disc choice for Ade newcomers, but for the Afro-pop curious as well. 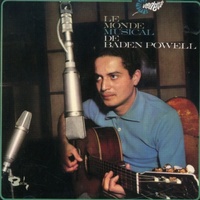