This five-disc set from JSP includes all the surviving sides Memphis Minnie cut for the Vocalion, Decca, and Bluebird labels between 1929 and 1937 in chronological order. Among the highlights on disc one are the four takes of one of her best songs, "Bumble Bee," including one with the Memphis Jug Band. Disc two gathers a number of duets with her then-husband, Kansas Joe McCoy, and their twin guitars coupled with her contralto singing and Kansas Joe's tenor made for a signature sound.

Disc three contains another of her best songs, "My Butcher Man," and features increased use of piano backing. The fourth disc contains her last sessions for Decca, as well as her complete body of work on the Bluebird label. The final disc, which spotlights the occasional use of horns and other urban trappings, includes versions of "Ice Man," "Hoodoo Woman," and "Black Cat Blues." 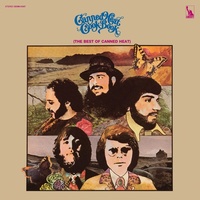