George Russell, the godfather of modal jazz, presented Bill Evans to Miles Davis when he was looking for a new pianist. The newcomer introduced the trumpeter to the classical music that had been inspired by early 20th century modal theory. At the same time, Miles replaced Philly Joe Jones with Jimmy Cobb. While the latter perpetuated the
rhythmic strength of his predecessor, what Miles appreciated about Bill Evans was the delicacy of his playing, unique in jazz, and the way he suggested the tempo. When Miles took his new sextet into the studio, he chose a repertoire of standards mainly comprised of muted tones, ballads and medium tempos and, at least in the introductions, the softness of brushes. Only “On Green Dolphin Street,” “Fran-Dance” (in tribute to Miles’ future wife, the dancer Frances Taylor) and “Stella By Starlight” were released at the time, on Jazz Track, along with the music for Lift To The Scaffold. In 1974, under the title 1958 Miles they were combined with “Love For Sale,” which revealed a much less introverted Bill Evans. 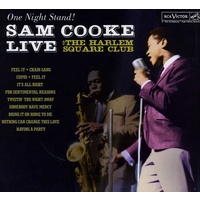