Four CD set. This 2018 entry in the award-winning Miles Davis Bootleg Series focuses on the final chapter in the landmark collaboration between Davis and saxophonist John Coltrane: their last live performances together, in Europe in the spring of 1960.

Miles and Coltrane first collaborated in 1955, when Davis recruited the tenor saxophonist alongside pianist Red Garland, bassist Paul Chambers and drummer Philly Joe Jones. While the quintet disbanded shortly after the release of 'Round About Midnight, Coltrane was back in Miles' ensemble in early 1958. A year late, the Miles Davis Sextet (Davis, Coltrane, Chambers, saxophonist Julian "Cannonball" Adderley, pianists Bill Evans or Wynton Kelly, and drummer Jimmy Cobb) recorded the historic Kind Of Blue, the best-selling jazz album of all time. And for this final tour the rhythm section of Kelly, Chambers and Cobb backed Miles and Trane.

These historic performances marked Miles and Trane's last outing together and showcased both musicians' incredible influence on the changing sound of jazz. The beautiful music they made together is presented here officially for the very first time. Includes concerts recorded in Paris, Copenhagen and Stockholm. 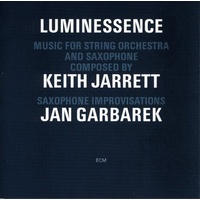