SHM-SACD format (fully compatible with standard SACD player, but it does not play on standard CD players) that enhances the audio-resolution. Japanese pressing.

The Modern Jazz Quartet’s origins, like so much in postwar jazz, were in Dizzy Gillespie’s 1946 big band. Vibraharpist Milt Jackson often joined the rhythm section so that the four could perform as a quartet and give the brass section a rest from Gillespie’s demanding arrangements. Later, they worked as the Milt Jackson Quartet. In the early 1950s, they changed the name to the Modern Jazz Quartet and over the next three and a half decades were one of the most successful and acclaimed small bands in the history of jazz. The MJQ was a leaderless group, but John Lewis functioned as musical director and wrote much of the group’s repertoire. Many of his compositions reflected musical traditions going back to Bach and the Italian renaissance. One of them, "Django," the stately piece named for the virtuoso French gypsy guitarist Django Reinhardt, became an instant jazz classic. 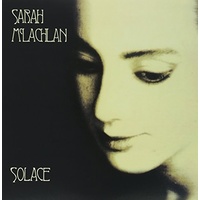