Mott the Hoople - All the Young Dudes - Blu-spec CD2

Just at the moment Mott the Hoople were calling it a day, David Bowie swooped in and convinced them to stick around.

Bowie spearheaded an image makeover, urging them to glam themselves up. He gave them a surefire hit with "All the Young Dudes," had them cover his idol's "Sweet Jane," and produced All the Young Dudes, the album that was designed to make them stars. Lo and behold, it did, which is as much a testament to Bowie's popularity as it is to his studio skill.

Not to discount his assistance, since his production results in one of the most satisfying glam records and the title track is one of the all-time great rock songs, but the album wouldn't have worked if Mott hadn't already found its voice on Brain Capers. True, Dudes isn't nearly as wild as its predecessor, but the band's swagger is unmistakable underneath the flair and Ian Hunter remains on a songwriting roll, with "Momma's Little Jewel," "Sucker," and "One of the Boys" standing among his best.

Take a close look at the credits, though -- these were all co-written by his bandmates, and the other highlight, "Ready for Love/After Lights," is penned entirely by Mick Ralphs, who would later revive the first section with Bad Company. The entire band was on a roll here, turning out great performances and writing with vigor. They may not be as sexy as either Bowie or Bolan, but they make up for it with knowing humor, huge riffs, and terrific tunes, dressed up with style by Ziggy himself. No wonder it's not just a great Mott record -- it's one of the defining glam platters. 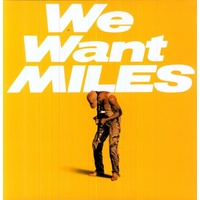