This disc is playable as Mono only on both the CD and SACD layers.

Included with this deluxe reissue is a 4,600-word essay by Chris Hall about the album.

In this felicitous blending of Nat "King" Cole's supreme talents as jazz pianist and vocalist with small combos featuring fellow jazz alumni, classic pop and jazz met in a wildly successful brew. A combination of new and familiar songs are featured, including fresh recordings of classic hits like "Route 66." Musicians include Harry "Sweets" Edison, Juan Tizol, Lee Young, Stuff Smith and Willie Smith augmenting his famous Trio. In addition to the full original album, five additional tracks and one alternate take from the original sessions are included in this release. Mellow, classy, focused and vibrant, After Midnight was a hit and an instant classic upon its release in 1956 and remains a gem to treasure today. 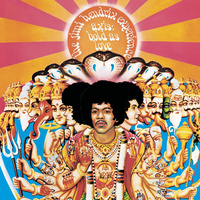