Canadian pianist Oscar Peterson (1925-2007) was just starting what turned out to be terrific career in 1951 when jazz impresario extraordinaire Norman Granz took him into the studio to record Plays Cole Porter (Clef Records, 1952). Granz had a grand plan: To have this then-promising jazz pianist record a number of albums under the Oscar Peterson Plays tag, each an immersion into a separate Great American Songbook tunesmith. It started with Cole Porter and ran through George Gershwin, Duke Ellington, Jerome Kern, Richard Rodgers, Vincent Youman, Harry Warren, Harold Arlen and Jimmy McHugh—ten albums in all, over a three year period. The idea was a marketing ploy that worked to perfection; it worked so well, in fact, that Granz started the same ball rolling in 1959 with another set—nine albums this time—embracing the same theme. This later series was called The Songbooks, released on his Granz' Verve Records label, covering mostly the same songwriters. Oscar Peterson Plays collects the earlier series of ten albums—on five discs, two albums per—featuring the Oscar Peterson Trio: Peterson on piano, with bassist Ray Brown and guitarist Barney Kessel, with Herb Ellis taking over the guitar chair in the later sessions. This group—along with pianist Ahmad Jamal's trio of the early fifties—defined the piano/guitar/bass line-up. 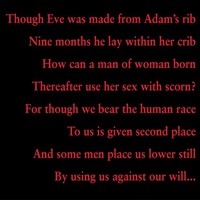