This summer marks the 20th anniversary of Lilith Fair, the female-forward package tour masterminded by Sarah McLachlan. But one of that year’s mainstage artists, Rockport-born Paula Cole, is looking back even further: Her new album, “Ballads,” collects her versions of 20 pop standards, including Bobbie Gentry’s 1967 Southern-Gothic classic “Ode to Billie Joe,” Billie Holiday’s knowing “God Bless the Child,” and the vocal-jazz standard “Skylark.”

Cole, a 1990 Berklee grad who’s now a professor of voice at the renowned music college, is a longtime appreciator of classic pop ideas. Her first big breakthrough came when she joined Peter Gabriel’s 1993 Secret World Live tour, performing songs like the tender “Don’t Give Up” alongside the prog-pop rocker. Her swirling 1996 hit “Where Have All the Cowboys Gone” takes on the conversational tone of the best country confessionals as it documents the ennui draped over male-female relationships; the album it was on, “This Fire,” also contained “I Don’t Want to Wait,” the urgent ballad that showed off her searing upper range. Her last album, 2015’s “7,” has bare-bones arrangements that highlight her songs’ emotional weightiness — and let her voice take center stage.

Cole produced “Ballads” and oversaw its crowdfunding on Kickstarter. “At last I will make the jazz-roots album of cover songs I have longed to make my entire career,” she headlined her fund-raising pitch, and the care and restraint Cole shows over its 20 songs makes that passion plain. Using sparse yet warm arrangements, she puts on a master class in vocal interpretation, exploring the nuances of time-honored songs with a timeless wonder, 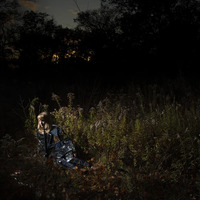