The Genius In His Prime Live In Concert! Don't Get No Better!

In the half-century between his earliest recordings in the 1950s and his death in 2004, Ray Charles ascended to icon status by leaving his mark on virtually every form of American popular music that emerged in the latter half of the 20th century. Nowhere was this more evident than in his live performances, where one was likely to hear shades of blues, soul, R&B, jazz, gospel, country and more in a single evening - indeed, sometimes in a single song. To put it simply, the Right Reverend did it all.

All of these subtle shades and styles are evident on Ray Charles Live In Concert. Originally released by ABC-Paramount in early 1965, Live In Concert captured Ray at the Shrine Auditorium in Los Angeles in September 1964. "There could be no more uplifting live musical experience than digging Ray Charles and his mighty orchestra in their prime," says roots music historian Bill Dahl. Indeed, the 15-piece orchestra backing Ray on this date - assembled just a few years earlier in 1961 - boasted no less than a dozen horns, including formidable saxophonists David "Fathead" Newman, Hank Crawford and Leroy "Hog" Cooper, all of whom had been with Ray since his days as a leader of smaller combos.

A huge piece of the Ray Charles legacy is his mastery of any style he touched, and his ability to make it his own in a way that no other artist could - powers that can only come from an innate sense of adventure and spontaneity that are fully evident in Ray Charles Live In Concert. Miles Davis - Saturday Night In Person at the Bla 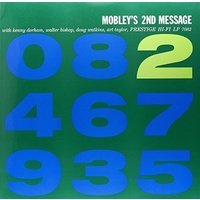