Roberta Flack's debut album, titled First Take in true underachiever fashion, introduced a singer who'd assimilated the powerful interpretive talents of Nina Simone and Sarah Vaughan, the earthy power of Aretha Franklin, and the crystal purity and emotional resonance of folksingers like Judy Collins. Indeed, the album often sounded more like vocal jazz or folk than soul, beginning with the credits: a core quartet of Flack on piano, John Pizzarelli on guitar, Ron Carter on bass, and Ray Lucas on drums, as fine a lineup as any pop singer could hope to recruit.

With only one exception -- the bluesy, grooving opener "Compared to What," during which Flack proves her chops as a soul belter -- she concentrates on readings of soft, meditative material. A pair of folk covers, "The First Time Ever I Saw Your Face" and "Hey, That's No Way to Say Goodbye," are heart-wrenching standouts; the first even became a surprise hit two years later, when its appearance in the Clint Eastwood film Play Misty for Me pushed it to the top of the pop charts and earned Flack her first Grammy award for Record of the Year.

Her arrangement of the traditional "I Told Jesus" has a simmering power, while "Ballad of the Sad Young Men" summons a stately sense of melancholy. Flack also included two songs from her college friend and future duet partner, Donny Hathaway, including a tender examination of the classic May-December romance titled "Our Ages or Our Hearts." The string arrangements of William Fischer wisely keep to the background, lending an added emotional weight to all of Flack's pronouncements. No soul artist had ever recorded an album like this, making First Take one of the most fascinating soul debuts of the era. 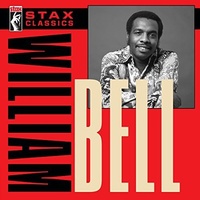 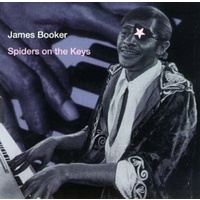 James Booker - Spiders on the Keys