With George Duvivier And Max Roach

“Here he states his own themes and commands his own space, letting the light of his major harmonies vie with the darkness of his blues.”
– The New York Times, 12/1/17

“The remastering has given the sound an intimate new presence.”
– Downbeat – 4.5 / 5 stars

“This is the way jazz re-releases should be done.”
– All About Jazz

Sonny Clark’s reputation as one of the finest jazz pianists of his era has grown in recent years, with many folks rediscovering his classic Blue Note recordings like ‘Cool Struttin’, ‘Dial ‘S’ for Sonny’, ‘Leapin’ and Lopin’, as well as session work with Lee Morgan, Grant Green and others. Cut down by heroin addiction at age 31 in 1961, Clark’s legacy continues to expand.

The Time sessions were produced by the late Bob Shad, owner of Time and Mainstream Records. The reissue includes the original Time album re-mastered from the original tapes by Dave Donnelly, plus an extra disc of alternate takes previously unavailable on vinyl. Nat Hentoff wrote the original liner notes, included in the reissue package, and former New York Times critic Ben Ratliff contributes a new 3500-word essay. The set was produced for reissue by Mia Apatow (Time Records) and Josh Rosenthal (Tompkins Square). 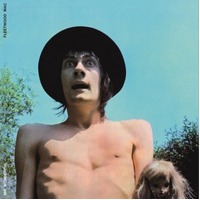