Aja, Steely Dan’s sixth studio opus, is yet another testament to Walter Becker and Donald Fagen’s quest for sonic perfection. Such was the quality of the record that it was often used to demonstrate the audio fidelity for stereo systems, and winning the 1978 Grammy Award for Best Engineered Non-Classical Recording.

Produced by Gary Katz, the album peaked at No 3 in the States (where it went double platinum) and No 5 in the UK, producing the hit singles ‘Peg’, ‘Deacon Blues’ and ‘Josie’ in the process. In a review that gave the album full marks, Q magazine described the record as “Sleek, smart, deliciously cynical, (this) was the Steely Dan album that effectively ring-fenced jazz-funk forevermore… what rich entertainment still."

"(Aja) is the most perfect thing I have ever heard in my life. It is a religion." – Gareth Jones, renowned record producer/engineer Long argued as one of the (if not THE) best rock recording ever and a permanent fixture on many a demo system in the late '70s and '80s, Aja was the culmination of everything Donald Fagen and Walter Becker aspired to accomplish in their storied careers.

It was the first album certified platinum (eventually selling more than 5 million copies in the U.S.) by the then-new RIAA sales tracking system. It made Steely Dan superstars. It contained three ubiquitous U.S. Top 40 singles in "Peg," "Josie" and "Deacon Blues," though each of the seven tracks are wonderful.

And then there's the sound. Deservedly winning the 1978 Grammy Award for non-classical engineering, Roger "The Immortal" Nichols was helped by a who's-who of the top audio guys in the industry: Bill Schnee, Al Schmitt and Elliot Scheiner. The meticulous recording is almost fetishistic in its attention to detail. Every note of even the densest tracks can be clearly heard, with every instrument perfectly placed. 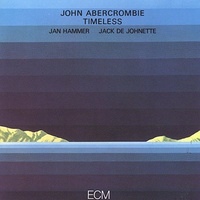 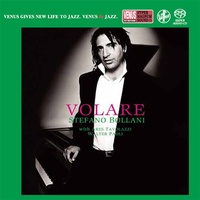