Stevie Wonder - Songs in the Key of Life - SHM SACD

2014 release Out of print - only a couple left in stock. This is NOT a hybrid SACD. Reissue features the high-fidelity SHM-SACD format - fully compatible with standard all SACD players, but it does not play on standard CD players. Songs in the Key of Life was Stevie Wonder's longest, most ambitious collection of songs, a two-LP (plus accompanying EP) set that -- just as the title promised -- touched on nearly every issue under the sun, and did it all with ambitious (even for him), wide-ranging arrangements and some of the best performances of Wonder's career. The opening "Love's in Need of Love Today" and "Have a Talk with God" are curiously subdued, but Stevie soon kicks into gear with "Village Ghetto Land," a fierce exposé of ghetto neglect set to a satirical Baroque synthesizer. Hot on its heels comes the torrid fusion jam "Contusion," a big, brassy hit tribute to the recently departed Duke Ellington in "Sir Duke," and (another hit, this one a Grammy winner as well) the bumping poem to his childhood, "I Wish." Though they didn't necessarily appear in order, Songs in the Key of Life contains nearly a full album on love and relationships, along with another full album on issues social and spiritual. Fans of the love album Talking Book can marvel that he sets the bar even higher here, with brilliant material like the tenderly cathartic and gloriously redemptive "Joy Inside My Tears," the two-part, smooth-and-rough "Ordinary Pain," the bitterly ironic "All Day Sucker," or another classic heartbreaker, "Summer Soft." Those inclined toward Stevie Wonder the social-issues artist had quite a few songs to focus on as well: "Black Man" was a Bicentennial school lesson on remembering the vastly different people who helped build America; "Pastime Paradise" examined the plight of those who live in the past and have little hope for the future; "Village Ghetto Land" brought listeners to a nightmare of urban wasteland; and "Saturn" found Stevie questioning his kinship with the rest of humanity and amusingly imagining paradise as a residency on a distant planet. If all this sounds overwhelming, it is; Stevie Wonder had talent to spare during the mid-'70s, and instead of letting the reserve trickle out during the rest of the decade, he let it all go with one massive burst. (His only subsequent record of the '70s was the similarly gargantuan but largely instrumental soundtrack Journey Through the Secret Life of Plants.) AllMusic Review by John Bush 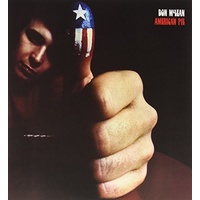 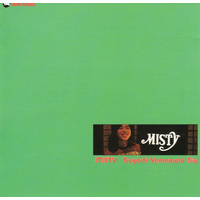