Joining Otis, Wilson, and Percy, plus both Sam and Dave, is a new deity in the eternal soul pantheon. Take it from Syl Johnson himself: “This box set is the history of a masterful artist whose time has just arrived.” The self-proclaimed “most sampled artist ever,” Syl finally gets his due on this 4CD+6LP box covering his most productive period, 1959 through 1972. Collected for the first time are all of Syl’s Federal, Twinight, Zachron, Special Agent, Cha Cha, and TMP-Ting 45s, plus period cuts from his Japan-only LP Goodie Goodie Good Times, and a murderer’s grip of previously unreleased and little-heard out-takes. Lovingly remastered from the original source tapes, these 81 songs never sounded sharper, clearer, or funkier. And historian Bill Dahl’s comprehensive track-by-track annotations bring deep-research backstory to every one.

Our handsomely detailed and artfully crafted 40 page, 12” x 12” booklet also features a 13,000-word biography, scores of unpublished photos, a must-read index covering the history of every Syl-sampling artist (paid-up or otherwise), and the most complete and accurate discography you’re likely to find in this universe. Packaged to deliver top-quality vinyl and CDs together, along with replica LP pressings of both the original Is It Because I’m Black and Dresses Too Short albums, Complete Mythology, five years in the making, makes up for every lost nanosecond by being the definitive Syl Johnson document. 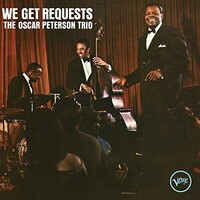