This 40th Anniversary Deluxe Edition of the original soundtrack has 54 tracks, including the entire concert, as well as rehearsals and outtakes. Original soundtrack to the critically acclaimed concert film. The Last Waltz was a concert by The Band, held on Thanksgiving Day, November 25, 1976, at Winterland Ballroom in San Francisco. The Last Waltz was advertised as the Band.'s farewell concert appearance, and the concert saw the Band joined by more than a dozen special guests, including Bob Dylan, Paul Butterfield, Neil Young, Emmylou Harris, Ringo Starr, Ronnie Hawkins, Dr. John, Joni Mitchell, Van Morrison, Muddy Waters, Ronnie Wood, Neil Diamond, Bobby Charles, The Staple Singers, and Eric Clapton. The Band, more than any other group, put rock and roll back in touch with it's roots.

With their ageless songs and solid grasp of musical idioms, the Band reached across the decades, making connections for a generation that was, as an era of violent cultural schisms wound down, in desperate search of them. They projected a sense of community in the turbulent late '60s and early '70s - a time when the fabric of community in the United States was fraying.

Guitarist Robbie Robertson drew from history in his evocative, cinematic story-songs, and the vocal triumvirate of bassist Rick Danko, drummer Levon Helm and keyboardist Richard Manuel joined in rustic harmony and traded lines in rich, conversational exchanges. Multi-instrumentalist Garth Hudson provided musical coloration in period styles that evoked everything from rural carnivals of the early 20th century to rock and roll revues of the '50s. 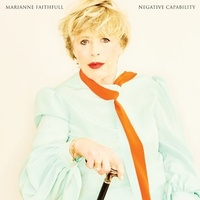