The 1981 North American tour kicked off in late September and wound up in mid December with the band having played to almost 2.2 million fans at 50 concerts, with many of the songs on the album being played live during the band’s two-hour plus show. The success of this album in Britain was helped by the European tour that began at the end of May in Scotland and ended in Leeds, England at the end of July having played to close to 1.7 million fans.

The design for the concert set was by the Japanese artist Kazushige Yamazaki as was the design for the album sleeve that celebrated this massive tour. “Going To A Go Go” taken from the album just failed to crack the Top Twenty on the US and the UK singles charts. 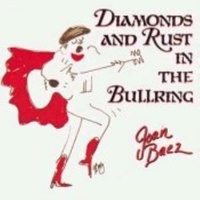