For an all-too-brief, magical time in 1957, two of the greatest musicians in history - Thelonious Monk and John Coltrane - performed together every night at New York's Five Spot Cafe. And between April and July of that year, they made their only studio recordings together. Coltrane was poised to make a giant leap forward- and ready to learn from one of the masters, Monk. In a DownBeat interview Coltrane recalled, 'Working with Monk brought me close to a musical architect of the highest order. I learned from him in every way.' 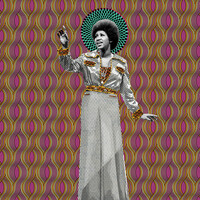