Weezer doesn't look like rock stars, its amusing name doesn't evoke stadium-heights glories, and the group's lyrics don't exude confidence or flash. For precisely these reasons, and the fact that the band's songs on its self-titled debut are the stuff of air-guitar dreams and shout-it-out choruses, the quartet became ironic arena-rock stars equally celebrated by in-the-know hipsters and mainstream radio listeners. Replete with urgent melodies, quirky confessional narratives, wry humor, and gargantuan hooks, Weezer (Blue Album) remains the best geek-rock record ever made.

Unlike many of their indie-rock peers, Weezer finds no need to conceal feelings in obscurities, snark, or impossibly impenetrable  quirkiness. Although every song on Weezer is a delight, "In the Garage," the ultimate ode to a heavy-metal practice space and private musical retreat, best spells out the album's appeal and the band's intent. "I've got an electric guitar/I play my stupid songs/I write these stupid words/And I love every one/Waiting there for me/Yes I do, I do/In the garage/No one cares about my ways/In the garage where I belong" sings leader Rivers Cuomo, his voice often meshing with that of Matt Sharp, and giving the material a barbershop-quartet harmonic boost in line with the catchiness of the guitar-driven bridges and rhythmic foundations.

More than three-times platinum, the Blue Album, as it's often called, also claims an iconic cover that pays tribute to that of the Feelies' Crazy Rhythms. The picture — as well as the bubblegum-inspired content within — has become an indelible part of modern culture. Weezer graces must-have lists from Rolling Stone, Pitchfork, Guitar World, and more. And needless to say, "My Name Is Jonas," "Say It Ain't So," "Buddy Holly," and "Undone (The Sweater Song)" are all modern classics. 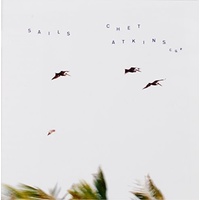 The Rolling Stones - Some Girls / SHM-SACD