Conceived jointly by violinist Movses Pogossian and violist Kim Kashkashian on the occasion of Tigran Mansurian’s 80th birthday, the Con anima project brings together a dedicated cast of players to perform the Armenian composer’s chamber music.

The emphasis is on newer pieces - only the Third String Quartet dates from the 20th century - but there is a timeless quality to Mansurian’s work, all of which resounds with the spirit of his homeland. “His works are full of signifiers that come from Armenian ornaments, paintings or stones, “ writes Elena Dubiunets in the CD notes.

“His music itself feels as if it was carved out of stone.” Sonata da Chiesa is dedicated to the memory of priest-composer-folklorist Komitas, an enduring inspiration for Mansurian. Agnus Dei is influenced by Armenian sacred music, and Die Tänzerin is based upon an Armenian folk dance. Eberhard Weber - The Colours of Chloë 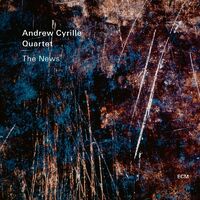