After a decade of generally intriguing recordings, pianist Abdullah Ibrahim really found his own voice by the early '70s. His lengthy solo set from February 18, 1973, was released as a pair of Sackville LPs (Sangoma and African Portraits). One selection apiece from the two albums have been grouped with the previously unreleased "Salaam Peace" to form this disc. Ibrahim is heard on three lengthy medleys; best are "African Portraits" and "Fats, Duke & the Monk," although Fats Waller (who is only represented by a brief "Honeysuckle Rose") gets short shrift on the latter. Ibrahim's passionate solos (which are sometimes joined by his verbal cries) are picturesque, episodic, and utterly fascinating on this set even if Ancient Africa actually gets the edge. 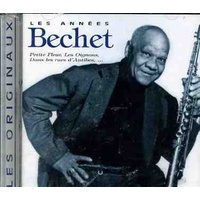 Ry Cooder - Bop Til You Drop