In 2005, Acker was awarded the BBC Jazz Awards for his unique contribution to Jazz in the U.K. The same year saw him accept an Honorary Master of Arts Degree from the University of Bristol.

In 1961, Acker recorded the single "Stranger On the Shore" which was the first-ever recording to be number one simultaneously in the U.K. and USA. It is the UK's biggest-selling instrumental single of all time, and appears fifty-eighth in the official UK list of best-selling singles issued in 2002. The song was Billboard's #1 single of 1962, and it spent seven weeks atop the "Easy Listening" chart, which would later become known as the Adult Contemporary chart. 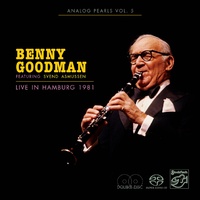