Al Jarreau - The Very Best of: An Excellent Adventure

Al Jarreau is an artist of stunning range. He's spent decades bending genres with his lithe voice, earning him the rare distinction of being the only artist to have won Grammy. Awards in three different categories: pop, jazz and R&B. Rhino honors the superlative vocalists musical achievements with a collection that spans his entire career titled AL JARREAU THE VERY BEST OF: AN EXCELLENT ADVENTURE.

The 16-song compilation bridges the past and the present, bringing together Jarreaus greatest recordings with his latest Excellent Adventure, recorded especially for this release. The track was produced by Richard Nichols and the Randy Watson Experience (Grammy. Winning songwriter James Poyser, and drummer for the Roots Ahmir Questlove Thompson, who have produced songs for Erykah Badu, Al Green and the Roots). Al Hibbler - After the Lights Go Down Low 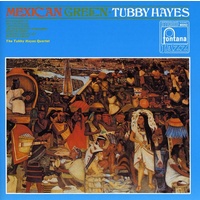