After the death of John Coltrane, Alice Coltrane embarked upon a solo career that was marked with the same uncompromising vision, spiritual probing, and formal innovation as that of her husband. Her first seven solo albums were recorded for the Impulse! Label, home to John during the latter part of his career; those records saw her branch out in unexpected ways, introducing new instruments (harp, Wurlitzer organ), new styles (raga, modern classical), and new approaches to recording, even incorporating classical string sections into a "free" musical environment. 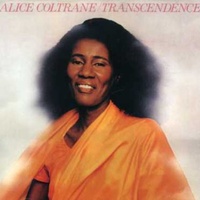