The most poignant music is often inspired by watershed events in an artist’s life, and few occasions are more transformative than the arrival of one’s first child.

For Allison Miller, the extraordinary drummer, composer and leader of her band Boom Tic Boom, that life-affirming experience provided the seed that led to the creation of her latest full-length studio album, Otis Was a Polar Bear. The recording, with violinist Jenny Scheinman, cornet player Kirk Knuffke, clarinetist Ben Goldberg, upright bassist Todd Sickafoose and pianist Myra Melford, is Miller’s latest collection of 10 original compositions following 2013’s critically acclaimed No Morphine, No Lilies, which Downbeat Magazine said “reveals her exemplary chops and stylistic breadth.” The birth of Miller’s (and partner Rachel’s) daughter Josie found the NYC-based drummer reordering her priorities and the very way in which she approached her art, resulting in Boom Tic Boom’s most dynamic and inspired album yet. 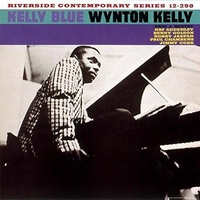