When The Allman Betts Band released Down to the River in June of 2019, the debut album represented not only the first time the group had recorded together but, in fact, the first time the seven-piece ensemble had ever played together. If Down to the River was the sound of the band's combustible sparks igniting, then Bless Your Heart is their bonfire, built for the summer of 2020 and beyond. A conflagration of influences and invention, confidence and ambition, Bless Your Heart captures a vast, panoramic scope throughout a baker's dozen of modern rock. Ragged and stomping. Heady and frayed. Soaring and scorching. Generational and genteel. West Coast scenes and Gulf Coast shores. Gateways of the Midwest and swamplands of Florida. Wyoming's Big Sky. New York's Big Apple. Chicago's Broad Shoulders. 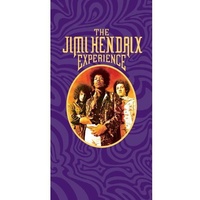